VOLA AT 50: THE ORIGINAL 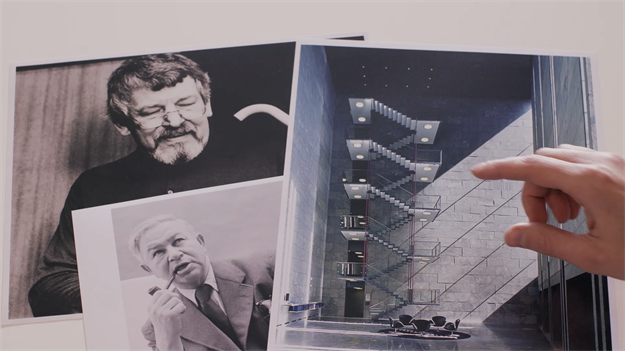 To mark the occasion, VOLA has made a series of short films to celebrate the company and its values and to capture its unique culture and approach. These films bring VOLA’s achievements, people and products to a new generation of architects and interior designers, continuing the legacy of VOLA and early collaborator Arne Jacobsen.

Each film tells an individual story and together, they tell the full VOLA story – its history, the present day and its eye on the future.

The first in the series of films, “FORM AND FUNCTION”, will be released on 15th January 2018, with further films to be released every eight weeks.

Design runs through Danish blood. There is a rich heritage of considered design that ranges from architecture to fashion. Combine this with an understanding of geometry and the VOLA approach starts to emerge.

In 1968 Verner Overgaard, the founder of VOLA, invited architect and fellow Dane Arne Jacobsen to collaborate on a ground-breaking design project. Both were passionate about craftsmanship, modernity, proportion and detail. The resulting iconic shape of the mixer tap that they created together set stage for VOLA’s half century of product innovation, based on geometric precision and minimalistic design.

In turn, this led to VOLA’s current day design ethos, exemplified by the original HV1 bathroom basin mixer in which precise and pure design have both evolved - beneath its circular and cylindrical forms, the HV1 has hidden workings, creating elegance and flexibility. Its deceptively simple design does not reveal the complexities of the manufacturing process involved, which could be why it is so widely copied but never equaled.

Torben Madsen of Link Arkitektur, the studio that has guided contemporary VOLA product design for the past decade, describes their work as an on-going conversation with Jacobsen’s ideals, a search for meaning that builds on the rhythm, form and poetry of the originals.  VOLA is not about relentless novelty, but a continuation of a strong design tradition. After 50 years, a new VOLA product can always trace its lineage back to 1968, demonstrating how consistency of form and function underpins the best modern design.